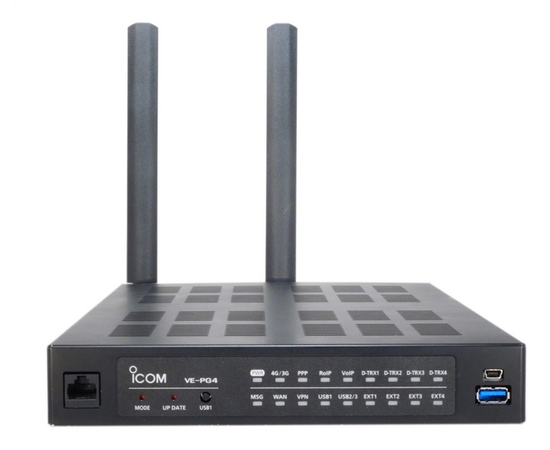 The VE-PG4 interconnects with two or more radio systems, even when the systems are using different bands and different categories. All received audio is bridged to opposing radio system, so a radio user can talk to all connected radio users. The built-in digital voice converter converts analog audio to IDAS™ compatible digital audio.

By installing a custom SIM card to the built-in LTE module, the VE-PG4 can interconnect IP501H/IP501M LTE transceivers with conventional radio systems and IP100H IP communication terminals. GPS position information from the LTE transceivers can be received and transferred to a PC.

Two or more VE-PG4s can be connected through LAN or LTE (4G) and 3G networks. The communication area can be flexibly expanded, and dispersed radio sites can be connected, regardless of distance or radio system used.